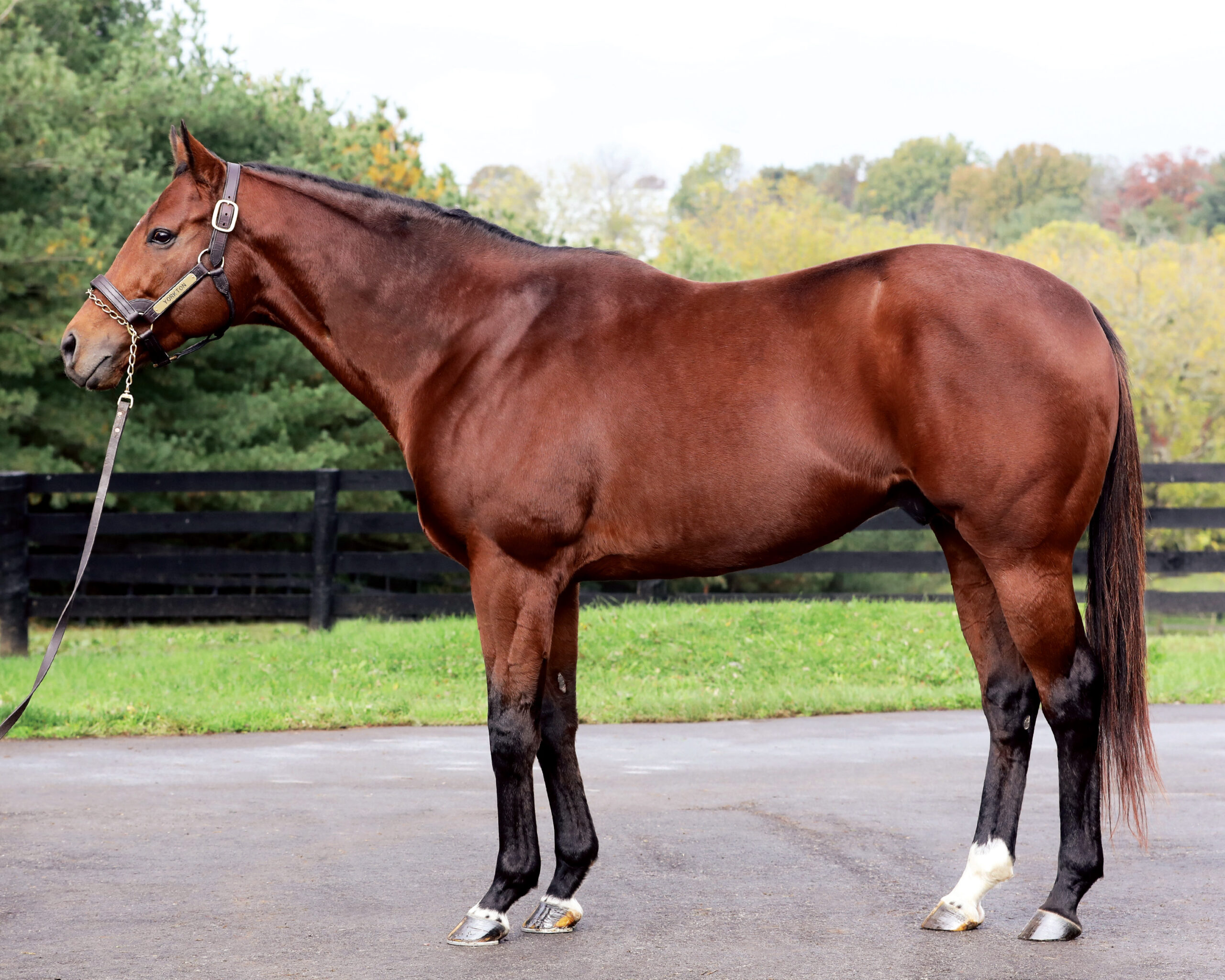 For YORKTON’S 2023 Foal Crop, CHIEFSWOOD STABLES Limited, owner of YORKTON, will pay the BREEDER OF RECORD who satisfies the conditions described below the incentive payments described herein:

YORKTON is a Multiple Graded Stakes Winner by Top Sire SPEIGHTSTOWN from a family of Grade 1 Winners, Champions and Sires!

“YORKTON was a classy and versatile horse to train.  He possessed brilliant speed which carried him to Graded Stakes Wins and placings on three different surfaces.”

“The Female Family is one of the deepest in the North American stud book, with Maplejinsky’s descendants including champion Sky Beauty (Blushing Groom {Fr})….”

“But what makes him well worth a punt at $5,000, not least in view of a $1-million breeders’ incentive program, is one of the very best families in the book–and one that has been seeded accordingly: first four dams, thistime, by A.P. Indy, Sunday Silence, Nijinsky II and Mr. Prospector. The third dam, in fact, is Gold Beauty’s daughter Maplejinsky, the half-sister to Dayjur (Danzig) who herself produced Sky Beauty (Blushing Groom {Fr}). This dynasty just keeps on giving, with Violence (Medaglia d’Oro) and Guarana (Ghostzapper) among its recent adornments, and Yorkton has the build to support the farm motto: ‘We raise runners.’”

SPEED: 5 Wins were “gate to wire” victories including a 103 BEYER!

CLASS: Stakes Winner at 3, 4, 5.  Stakes Winner on Multiple Surfaces.
Graded Stakes success on ALL SUFRACES. Won or placed in 10 stakes. 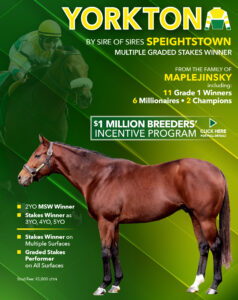 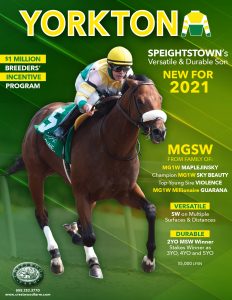 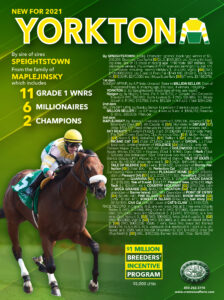